Diversity and ‘Doctor Who’

BELGRADE LAKES, Me. — YOU could hear the sighs of disappointment spreading across the nerd-universe on Sunday when the BBC announced, with much fanfare, that the Scottish actor Peter Capaldi would be the new star of “Doctor Who.” 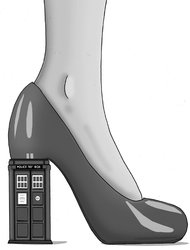 For those readers who did not get beaten up in high school, “Doctor Who” is a beloved British sci-fi series about a character called the Doctor — a Time Lord who travels through space and time to battle evil. Thanks to a clever plot twist, the Doctor is able to regenerate into a new body whenever a mortal would die (or whenever an actor grows tired of the gig). As a result, the role has been played by 11 different men since the show went on the air in 1963. The current Doctor, Matt Smith, is stepping down this Christmas, and many fans had hoped that this time, a dozen cycles in, the Doctorship would finally go to a woman.

Mr. Capaldi is a capable actor, and come his debut, I’ll be right there with my teenage boys, drinking Mountain Dew and cheering him on. But imagine if we were cheering for Helen Mirren instead, or for the comedian Miranda Hart, or for Emma Watson, the former Hermione Granger. If the Doctor can regenerate into any form, it seems, oh, just a little dispiriting, that time after time he invents himself as a white British male.

As the news rolled out, I was reminded of the sinking feeling I had back in 2005, when…