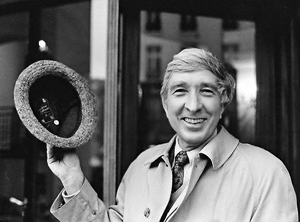 From his expression and the pitch of his voice, the boy is shouting into a fierce wind blowing from his father’s direction. “Don’t die, Dad, don’t!” he cries, then sits back with that question still on his face, and his dark wet eyes shining like stars of a sort. Harry shouldn’t leave the question hanging like that, the boy depends on him.

“Well, son,” he says, “all I can tell you is, it isn’t so bad.” Rabbit thinks he should maybe say more, the kid looks wildly expectant, but enough. Maybe. Enough.