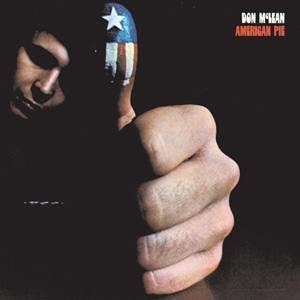 A true story about a party at Don McLean’s house this fall. I was there with a bunch of other Maine writers; Don and his wife were hosting a benefit for the Maine Writers & Publishers’ Alliance. I made smalltalk with our host and he was generous and pleasant in every way. At the end of the evening, I went inside (it was a garden party) to use the bathroom, and en route snooped around the incredibly beautiful house. (The McLeans live on top of a mountain near Camden, Maine, one of the most jaw-droppingly gorgeous places I have ever been.) Anyhow, there in the living room, among other cool objects d’art, was a bust of the songwriter himself.

Later, Deedie and I went out to dinner with our friend Rick Russo. I told him about what I’d seen in the parlor, and started giving Rick a hard time about how he ought to have a statue of himself in his house. “Maybe not today, Russo,” I said, “But one of these days, you’re going to turn to yourself and say, ‘Man, I just GOTTA get a BUST!”

Without missing a beat, Russo just smiled and said, “Well, Boylan. You did.”

That’ll be the day.